A downloadable game for Windows and macOS

It's time to take the Plunge! Enter the adventure of Billie, the billionth prisoner of a wacky medieval mega-prison, who longs to find freedom on the other side. Rather than try to climb her way out, Billie realizes the only way to freedom is to escape further into the depths below! Dodge, dash, and defeat a wide variety of guards, creatures, and otherworldly beings bent on preventing passage in this exciting turn-based dungeon plunger!

In Plunge, players will find a new and unique experience, especially for those familiar with the puzzle and roguelike genres. Each floor is an individual challenge meant to test the very best in a battle of brawn and wits. Don't miss this opportunity to find out why Plunge was nominated for the 2017 PAX Rising showcase, the 2016 and 2017 Portland Retro Gaming Expo showcases, the 2019 PAX 10 Selection and multiple showcases with Indie Mega Booth at PAX West and GDC!

- Play as Billie or a variety of other cartoony characters with charming criminal charges!
- Turn-based roguelike action!
- Movement with sliding ice physics against enemies with unique and peculiar patterns!
- Over 400 randomly selected levels across three separate challenging sections!

In order to download this game you must purchase it at or above the minimum price of $7.99 USD. You will get access to the following files:

I found this game quite difficult to play but it was still fun and I very much liked the artstyle :)

My thoughts about this game:

+ Game looks amazing, unique style. Fluid and cool animations too. Great use of colors. The screenshots don't do it justice. The snappiness and responsiveness of this turn-based game puts many platformers to shame.

+ Fun to figure out for a few hours

- Difficulty is bumpy. First 60 levels are generally very easy and casual including the bosses. This will encourage the player to play faster and not think too much since it's possible to recover from mistakes. Past that there are easy levels, but also some particular levels where a mistake will very quickly end your run.

- No saving. You only keep unlocked levels and characters when quitting. This sucks, especially because grinding the easy levels gives extra lives and powerups.

-There's a bunch of rubbish, unhelpful powerups and characters. Potion identification is a boring mechanic borrowed from traditional roguelike games and it doesn't make the game more interesting here either.

Mixing puzzle mechanics with turn-based combat is probably very hard. This game tried and kind of failed in that it's less fun/interesting the more I play it. But it's still a pretty cool game.

I really enjoy this game.

It's much faster than other roguelikes but still have a lot of strategy.

Can you please explain how to unlock characters, It feels really random

feels like a book by Doug TenNapel, cool game

Is there any method to listen to the original soundtrack/OST? Without playing the game, I mean. I have been thinking about this for a while. I finished the game months ago satisfied but have since sometimes felt I would like to listen to the music.

Hi there! I picked this up through the Racial Justice Bundle, and I just gotta tell you that this is a really solid game. I managed to get through the entire game (with one character) in about 4 hours, and there's something refreshing about playing a rogue game where the difficulty curve to finish a run isn't 60+ hours.

I love the design, the aesthetic, and the fact that the game demands that you make the best possible moves, and figure out the patterns. I got punished a lot until I learned to read the room, so to speak.

Seriously, great game y'all made here. Be really proud.

I've attached videos of my playthrough if you're at all interested:

Out of nowhere a game approaches with a unique genre blend that makes me fall in love with one of the oldest and uninspired puzzle game mechanics of all time: sliding. Hear me out though: This is a roguelite puzzle game where you descend into the dungeon and using sliding movements you need to figure out the most optimal way to fight through the monsters, while in between the levels you get potions, powerups, unlock new characters and whatnot. Very satisfying, super easy to pick up and overall incredibly snappy that you kinda dont want to stop playing, because it makes you feel so damn good. 4,5/5

Just finished... what a fun play that was! Great finale too.

I really loved the feel of this game...  gritty and tough. And the "save" points (completed levels) are sparse, but make for a good challenge as you progress but not frustratingly so.  Maybe because the level randomness makes the level replay fresh enough each time I don't mind forging through a level several times. I can't tell you how many work meetings this game got me through.  :)

I love how tough and unique the creatures were the further you went through the game.  At the end they were pretty freaky but still each had a weaknesses and/or approach you could take if you pay attention.

I'll definitely follow you to see what other games you've made and/or are working on.  Is there a good place to follow you?

I see some don't seem to like the flash, shake and crunch each time you land on a new level, so I can appreciate that.  But I freakin' love it! Just really adds a nice touch to round out the environment you're in.

Finally, I ran the Windows version in Linux via Wine. And it was flawless from start to finish.

Thanks for the great game!

Hi there! I picked this game up through the Racial Justice bundle and I'm really glad i did! I gave the game a spin a little while as part of my Let's Try series on YT, and I really dig it! Solid mechanics, great sound engineering, awesome aesthetic. Game's kinda got it all going on. I'm for sure going to be playing through the rest of it!

My one and only hangup is that the screen shake can't be turned off. I find it kind of disorienting.

I've attached my playthrough video if you're at all interested.

Rad one many thanks! Too bad for the blinking lights heh, I could use to switch them off, for the rest it's really enjoyable. Thanks :)

I love the artstyle and the puzzle-like gameplay. I just did one run but I can't wait to do some more and see what I can unlock.

Hey there, I got the game from the Racial Justice and Equality bundle. It looks fun, but can there be an option to disable heavy blinks when the protagonist jumps down? They make my head hurt. Thanks!

Thanks for reaching out. This is high on our list of new options to add. Development on Plunge these days is slow, but we won't forget about it.

I enjoy the game, but on my first run i ran into something that might not be on purpose. After i had gotten vampire strikes, if i kept hitting the stuff guy he just healed me when his text popped up. I thought the info might be useful. WONDERFUL GAME SO FAR <3

Can do, Y'all have a wonderful game on yalls hands, glad to be able to support it <3

Also, I got a minor bug when I got to the "Stuff guy".

"You cannot hold any more charges.
<Missing text ID:Perkselection.cannotholdmore.subtext>" I have an image of it

Thanks for the heads up! I think this became broken when we added the new localizations. Testing is hard! We'll hit it ASAP though :D

this game is so fun! Very addictive too ☺️

Awesome game. Looks like the English translation is missing some text on the screen where you can't equip additional charges.

Reply
The Power of Stories2 years ago

The Mac download doesn't work. At least on Catalina, it gives an error saying "The application "Plunge" can't be opened." (This is different from the message given for trying to run 32-bit apps, the leading cause of games not working on macOS.)

If you use the itch.io launcher it works.  Just for some reason doesn't work with the direct download.

Reply
The Power of Stories2 years ago

Thanks, I'll try that.

Oh, hey, on an unrelated note, it's really hard to find this game. I'd played this at PAX but forgotten the name, so I spent literally hours searching through here (before realizing it'd be in a list of PAX show-floor games). If it weren't for someone helping me realize that PAX list existed after asking around, I don't think I'd have found this game.

It think it was described to me as like a "sokoban," which it doesn't seem to be tagged/categorized as here or on Steam. I don't know how listings or search keys here work, but I'd assume similarly enough to Steam, and I can see that it's under the general "Action" category here.I would not consider this game action! I can only guess you were trying to reach a broader, more accessible audience, but I think this ended-up hurting you, because puzzle people will be searching that stuff out. I took the liberty of adding "puzzle" and "roguelike" tags on Steam, though I didn't add "sokoban" in case I'm mistaken about that. The only puzzle-adjacent tag it actually had was "strategy."

Just a heads-up on how difficult this was to find, so far as not seeing it on the recent-release lists for the aforementioned tags on Steam going back to April.

Hey is there a way to play this in windowed mode via a windows setting or something? -w works to move to my second monitor, but no resolution/window-sizing commands I've tried so far seem to work. Thanks!

Related to LiamD's question: Any chance of a linux version? I'm a guaranteed sale if so, but I understand one person's not likely enough to warrant it.

I just completed the entire game running the Windows version on Linux via Wine. It played flawlessly!

Just wanted to check something. It has a Linux icon on the Mac download, is that an error?

Whoop! That's totally an error. Thanks for pointing it out!

Ah darn, was gonna try it on Linux. Thanks anyway :)

Like I told you elsewhere sdhoigt, I'm not asking for Wine I'm asking about actual Linux support.

Does buying it here give you a steam key?

Buying it here will give you an zipped package that contains the Windows and Mac versions of the game directly, but will not provide a steam key. 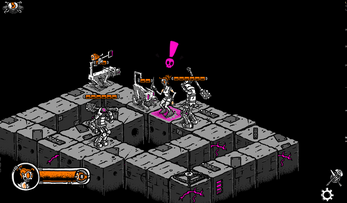 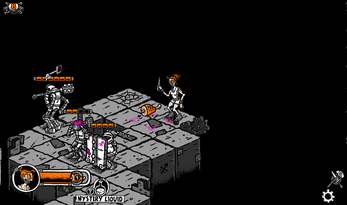 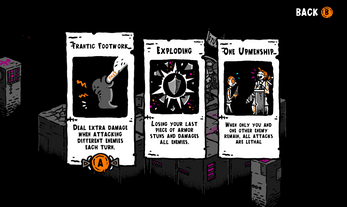 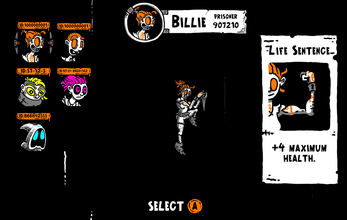